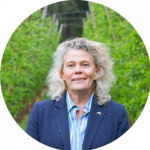 A win over the then Hawke Labor Government and over the unions in a bitter IR dispute just months before, galvanised the impact the bush could have when it stood united in demand of a fair go.

Farmers put their hand in their pockets to the tune of millions of dollars to establish the Australian Farmers Fighting Fund.

My family was one of many who invested to secure the good fight on farmers’ behalf.

Sixteen years on and events would pave the way for the Fighting Fund’s biggest battle yet.

Senator Joe Ludwig put a stake through the heart of northern Australia, when overnight as Agriculture Minister and acting on behalf of the Federal Government, he imposed an export control ban on Australian cattle to any Indonesian abattoir.

The decision brought the northern cattle industry to its knees.

Thousands of cattle were left in limbo – in yards, in feedlots and on trucks; farming families were cut off from any income for the foreseeable future and dependent businesses, workers and communities – abandoned. Our livestock trade with Indonesia was in tatters.

The government’s knee-jerk decision sent a shudder down the spine of all Australian farmers.

If a trade could be shut down overnight, what else?

It shook our belief in everything we thought our robust democracy was built on: a fair go for all.

In the months and years following, those affected by the ban tried to settle the dispute with the Federal Government.

They wanted closure, for wrongs to be made right.

Along the way, government members including those within the current government, said all the right things, but in the end, words were cheap.

Farmers were left with no choice but to take the battle to the courts.

A Federal Court class action was made by possible by the courage of the Brett family of the Brett Cattle Company of Waterloo and the support of the Northern Territory Cattlemen’s Association, the NFF and the Fighting Fund.

In finding in favour of the Brett family, he ruled the 2011 decision amounted to misfeasance in public office. Put simply the ban was illegal and the Bretts and others were owed significant compensation.

Crucially, Justice Rares also found the Minister would have acted lawfully if he had simply approved an exceptions order for specific facilities in Indonesia that at that time could meet international animal welfare standards.

A seemingly reasonable course of action even to a layperson.

But, this David and Goliath battle isn’t over yet. As is their legal entitlement, the government can now choose to appeal the decision to the Full Federal Court.

The government must now exercise what it failed to do in 2011: calm, methodical decision making, that considers the impact on all affected parties.

Up until this point, the Commonwealth has been anything but the ‘model litigant’ it is compelled to be by its own regulatory instruments.

The legal process has been unnecessarily drawn out with countless rounds of discovery – despite the Commonwealth not once disputing the facts put by the Applicants.

A sceptic would say, there has been an attempt to delay the inevitable.

Let us not forget that former Prime Minister Tony Abbott dubbed Senator Ludwig’s actions as ‘perhaps the worst decision that any Australian government had ever made’.

To appeal Justice Rares findings would demonstrate utter contempt for northern Australia and particularly, those farmers who have already hurt so much.

The Fighting Fund has now expended enormous amounts of grass roots farmers money on proving a point that has now been categorically proven by the Federal Court Judge.

In 1985, my family and many, many others, invested in the Fund and gave it one clear mission: to prevent actions that threaten the vibrancy and sustainability of agriculture and regional communities.

In this case, the Fund has (almost) done just that.

Under the leadership of Prime Minister Morrison and Attorney General Porter, the Government now has a chance now to restore the faith farmers and rural Australia have in the decisions taken in Canberra.

To the Government, we say stand in the way of justice and fairness at your own risk. The bush has you on notice.

A new joint investment by Federal, state and territory governments in managing feral pests and weeds is good news for farmers. The Australian Bureau of Agricultural and Resource Economics and Sciences estimates farmers...

Four of Australia’s top agricultural peak bodies have united to send an important message to all farmers about adhering to best practice during the summer spraying region.Combined, the National Farmers Federation...